Allergies are one of the most common causes of childhood illness, effecting about two million children. An allergy is an overreaction of the immune system to a substance that normally is not harmful to most people. This substance, called an allergen, varies greatly between children. The allergen could be pet dander, dust, chemicals, foods or many other substances. For some reason the body thinks the allergen is an invader and mounts an attack against it, producing chemicals including histamines.

The resultant symptoms can vary in severity. Airborne allergens tend to cause a runny nose, sore throat and itchy, watery eyes. Symptoms of cough and wheezing may indicate that the allergy has progressed to asthma. Food allergy symptoms often stay confined to a itchy mouth and throat, but may also include a rash, stomach cramps, vomiting or diarrhea as the body tries to flush out the allergen. The most severe reactions cause a condition called anaphylactic shock which requires immediate medical attention. Many symptoms can be treated with anti-histamine drugs like Benadryl or Claritin, while some children may require a series of shots to desensitize them to a particular allergen. 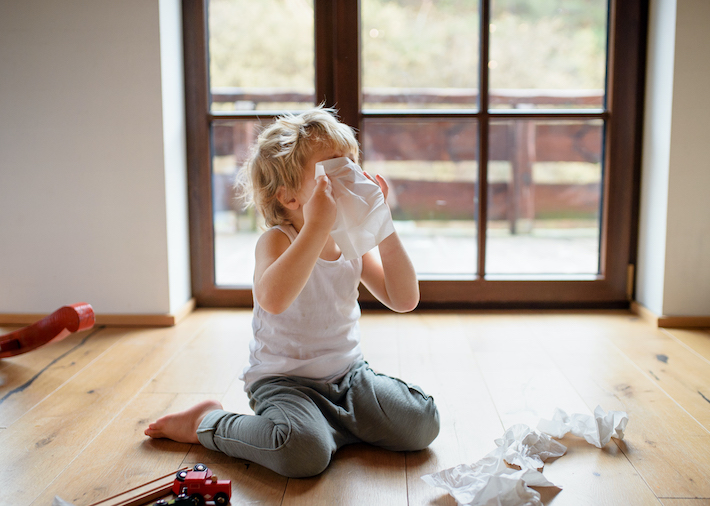